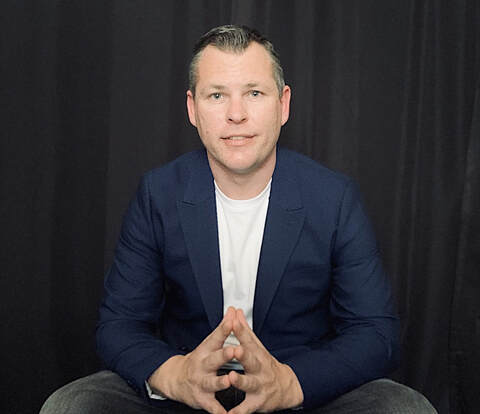 Peter Maxwell Slattery is an international bestselling author, speaker and educator, assisting with spiritual development, self discovery, connection to spirit guides, soul family, purpose, balance and joy to the earthly experience and God within. His E.T experiences started at an early age and continue to this day, with hundreds of witnesses to events.

Pete’s experiences have been detailed in an overwhelming amount of photographic and video evidence related to UFOs, otherworldly Beings, and apparitions, which have been analyzed by Jason Gleaves (Ex-U.K. Air Force and Aerospace), and remote viewed by John Vivanco (The Psychic Spy) and his group, which has worked for the FBI. Pete's story also includes physical trace evidence.

Pete’s experiences with extraterrestrials have led him to help people and groups make ET contact themselves, in addition to healing and tapping into their own abilities. Today he operates out of Jaya Sanctuary, which he owns and runs in Victoria, Australia.

He has appeared on History Channel's Ancient Aliens and Paranormal Caught On Camera, Channel 7's Prime News, and Sunrise, and many other international television programs. He has made worldwide news, been in numerous documentaries, been written about in magazines, and has been a guest on mainstream radio shows, including Coast-to-Coast. Pete is also a musician and, as a filmmaker, he has made a number of documentaries on the subject of E.T's. He was featured in The Cosmic Secret, which was a number one documentary film on iTunes in 2019, and James Gilliland's Contact Has Begun 2. Also, his UFO footage was featured in Close Encounters of The 5th Kind, which was also a number one film on iTunes in 2020, and his most recent documentary is Multidimensional, released in 2021.
​
Peter Maxwell Slattery continues to open the world up to the greater reality that "We are not alone" and that "We are all amazing, powerful Beings."
Jason Gleaves ​​(Ex-Royal Air Force and British Aerospace) Image Analysis Expert on Peter Maxwell Slattery
Excerpt from Jason Gleaves findings

100% convinced of the authenticity of the images and quality, upon closer analysis of the Ariel Phenomenon captured, when enlarged and enhanced to their visual capacity reveal astonishing detail and structure to the UFO’s, which vary in shape and colour spectrums, ranging from Disk shaped objects to Cylindrical/Cigar shaped anomalies, plus a few unusual in appearance, certainly not the standard conventional civilian or military aircraft we know and see in our skies today.

Regarding the detailed analysis of the visual manifesting of various races of Extraterrestrial beings are simply some of the best I’ve worked on and seen. In the top 1% of authentic experiencer cases in Ufology to-date.

Jason Gleaves ​​(Ex-Royal Air Force and British Aerospace) - Ufonly
Ufonly YouTube Channel
Remote Viewer John Vivanco on Peter Maxwell Slattery
I have run teams of Remote Viewers on projects for the corporate and intelligence worlds for over 20 years as a professional Remote Viewer. Employing the same methodology I use for gathering information professionally, I employ on Pete Slattery, and what he has filmed. In the realm of anomalous film footage, experiences, and knowledge, Pete is one to watch. He is an attractor of both UFO and paranormal phenomena, has some of the best truly anomalous footage I have ever seen, and our remote viewing projects have determined the legitimacy of what he continually experiences and captures. ​

John Vivanco - Professional Remote Viewer
righthemispheric.com
Allison Coe on Peter Maxwell Slattery
Wow, Peter’s session was so powerful - I was brought to tears numerous times during his reading. He asks for your intention and some questions you’re seeking guidance on. To get these answers he has a gift of accessing information beyond the human 3D blueprint while calling forth the galactic team members who are most of service to you now. Unbeknownst to him, he validated several experiences I had had prior to our session. He then empowered me to connect to my guides and team members by giving me access to some tools he’s honed through years of his own practice. His detailed notes provided post-session will help me move along the trajectory theses messages foretold. This reading came at a time when I needed it most and I am so honoured to have spent the time and money for this priceless reading. Peter has a gift and I will be sure to use it well into the future. I wish I had the availability to know more about this and would sign up for one of his workshops in a heartbeat if I had a clear schedule. In Peter we are getting a glimpse of where human evolution is heading.

​Allison Coe - QHHT, BQH
soulfocus-hypnosis.com
James Gilliland on ​Peter Maxwell Slattery
Peter’s work in the field of Ufology is paramount and of the highest integrity. His courage and tenacity are reflected in his work. His ability to connect with higher dimensional beings, film and document them, is unsurpassed.